Spirit of the Games: School Games Values. The six School Games values - Passion, Self-Belief, Respect, Honesty, Determination and Teamwork - were developed by young people to recognise how the experience of sport should be epitomised and embodied within schools, and to reflect the 'spirit' of the School Game. 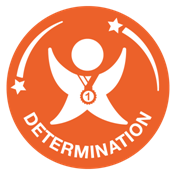 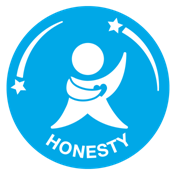 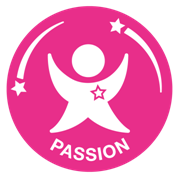 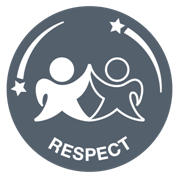 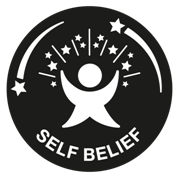 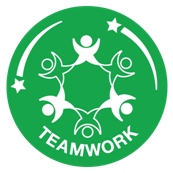 We had our second trip to Hesketh Park this term, this time for the Girls Kwik Cricket tournament. The girls were really excited and hoping to do better than the mixed team from the week before.

We had a fantastic start winning our first match against Holy Trinity not only by several runs, but by 3 wickets too! Following the win, the girls were feeling confident and went on to comfortably win their second match. It all came down to their last match against Sutton at Hone. A win for Sutton at Hone would draw us level so winner would be decided on wickets and runs, where a win for us would potentially make us tournament winners. Sutton at Hone batted first and secured 41 runs with us taking 1 wicket. Our turn to bat the pressure was on, protect our wicket and hit the ball into open space. Our first two batters, Jennifer and Mija, did just that, a great start. It was a tense time as we lost 3 wickets. The girls held their nerve and with encouragement and support for the team went on to win the match by 1 run! With that win, it meant the girls hadn’t lost a match and went on to lift the trophy.

Congratulations girls! They now go on to represent Dartford at the Kent Finals on Tuesday 25th June.

On Tuesday 4th June, our mixed Kwik Cricket team headed off to Hesketh Park for the annual School Games Kwik Cricket tournament. With the weather not looking favourable we kept our fingers crossed the rain stayed away. We didn’t get off to a great start losing our first match, but the team picked themselves up and went on to win their second match. We managed to complete our group stage matches before rain stopped play.

It was a shame about the weather!

Our second event of the day saw a team of thirty four children walk down to Central Park for the biggest sporting event of the School Games calendar, District Sports.  The children were super excited to be representing the school at such a fantastic venue.

This is an athletics event, one of my favourites out of the whole year where, sixteen schools compete against each other in track and field events.  Everyone competes in one event, so there is a lot of standing around waiting however the children did a brilliant job cheering on their team mates.

A huge thank you to Hugo, Hikmah, Louie B and Phebian for stepping in at short notice.  A big thank you to all the parents for their support and a massive thank you to Sam Long, Dan Duffy and Karen Clark for their help and support track side.

The children took part in eight different golfing activities scoring points at each station.  They were playing against the clock so every second counted when retrieving the ball.  Points from all the stations were then added up to find the overall winner. Congratulations to Holy Trinity who came first!

Everyone had a great time and really enjoyed their first experience of playing golf.

This was a new festival for Dartford School Games and one that didn’t disappoint.  The festival was about the children learning and developing new racket skills rather than a competitive competition.  Eight, very excited Year 3’s, travelled to Fairfield Leisure Centre on Tuesday 21st May.  They took part in 6 different racket skill activities, aiming to beat their personal best each time.

Everyone thoroughly enjoyed the opportunity of representing the school and had lots of fun taking part.

All eight children represented the school brilliantly, were well behaved and just AMAZING to be with!

On 1st May our Year 4 tennis team took part in the Dartford Schools Games Mini Tennis Festival at David Lloyd.

Although a little nervous, they were looking forward to competing against other schools.  They play five matches in the group stages and did extremely well finishing 3rd.  They went on to play The Brent, who came 3rd in their group in a playoff match for 5th and 6th place.  This was an exciting game with some fantastic rallies, however we held our nerve to win the match and securing 5th place overall.

Congratulations to Holy Trinity for winning the festival.

Our Year 5/6 Dodgeball teams travelled to North Kent College for the first Dartford School Games Dodgeball Festival.  We were lucky enough to have two teams attend.

Dodgeball is a team sport in which players on two teams try to throw balls and hit their opponents, while avoiding being hit themselves. The objective of each team is to eliminate all members of the opposing team by hitting them with thrown balls or catching a ball thrown by an opponent. The game is based on one of the School Games Values – Honesty.

Both teams did really well finishing 2nd and 4th.

On Tuesday 26th March 16 children from Years 4,5 and 6 took part in the annual School Games Cross Country at New Ash Green Primary School. The children ran just over 1km, across the field, over the playground, through the woodland and back on to the field to the finish. Points were awarded to the top two finishers from each school depending on where they actually finished, the points were then added together to find the top three schools.

Congratulations to Jaydan who came second in his race and to Stone St Mary's as the winning school.  Well done to everyone who took part!

We attended our second Boccia Festival of the year this week.  Boccia is a Paraoylmpic Sport similar to Boules and is played in a seated position therefore ideal for both disabled and non-disabled people to play together.

With nine schools taking part, this was the biggest Boccia festival to date.  We played a total of 5 matches, winning three of them.  In true Temple Hill style we played really well and as always showed great sportsmanship.  This was the first time our team of three had played, doing fantastically well to come away in joint 4th place.

A special mention to Ollie, currently in Year 2 for playing in a tournament which is usually for children in Years 4-6.

Well done to you all - Ollie, Alice and Tyreek

On Wednesday 13th March, three squads of gymnasts travelled to Dartford Science & Technology College to take part in the Dartford School Games, Key Steps Gymnastic Competition.  For some children this was the first time they had represented the school at an event, so understandably were a little nervous.

Everyone has been working extremely hard under the guidance of our team coach, Sam Clemmence to learn their routines, they all had three to learn.  Everyone worked hard during the competition, especially our mini coach Madison, who not only coached the teams if they forgot what came next, she actually stepped up and joined the Year 6 squad when they were a member missing due to illness.  This was a huge achievement for Madison as she is currently only in Year 3!

Congratulations to Rebecca who scored 9.2 for her floor routine, Theo scored 9.6 for his vault and Kacey-Ann scored 9.4 for her vault, these were the highest scores out of everyone who took part.

A MASSIVE thank you to Sam for giving up her time to come into school to coach and help the children learn their routines, there is no way I could have demonstrated the splits or a cartwheel, I'll stick to the teddy bear role thanks! :o)

A HUGE thank you also to Amanda Miles, Julie Rye and Nicola Wiltshire for transporting the squads to and from the event and to Darren Stephens for his wonderful photography as always.

On Tuesday 5th March our handball team travelled to North Kent College for the Dartford School Games Handball Tournament.
Demonstrating some great pass and move sequences, the team got off to a flying start winning their first game 8-1 against Joydens Wood. We went on to play a further 5 matches with a mix of results.  The team worked really hard and demonstrated great teamwork.
Well done to: James, Jennifer, Noah, Mia, Shaun, Minnie and Abdul

Taking part in eight different activities the children showed off their agility, throwing, jumping and kicking skills. At each station they had the opportunity to score points, these were then added together to produce an overall score. Ten schools took part and we came joint 4th with The Brent (no 3rd place), Craylands came 2nd and Holy Trinity came 1st.

Not having represented the school before all nine children were amazing! They showed great sportsmanship, behaved impeccably and above all thoroughly enjoyed themselves.

Goalball is a team sport developed for blind or visually impaired players, in which a ball containing bells which make a sound when in motion is thrown at a goal at the opposing team's end of the court. In order to make it inclusive, all team members wear a blindfold.

We were lucky enough to be able to enter two teams, so seven children from Year 4-6 travelled to NKC on Wednesday 16th January, to take part in this exciting opportunity. Nine teams took part, with us playing each other once. You scored 3 points if the ball hit your opponents bench (the goal), 1 point if you successfully defended your goal, with the team scoring the most winning the game.

Both our teams played exceptionally well, considering we had one hour of training the week before. We consistently demonstrated the School Games Values; Teamwork, Passion, Honesty, Respect, Determination, Self-belief and above all fairplay! Everyone thoroughly enjoyed themselves. We finished 5th and 7th overall.

Boccia is contested between teams of three. The aim of the game is to get one of your balls closer to the jack than any of your opponent’s balls.  A game is divided into ‘ends’, the overall winner of the match is the team to win a predetermined number of ends. Each team gets six balls to play to see who can get closest to the jack, the winner takes that game.

We got off to a flying start winning our first two games and the match 2-1. We went on to lose our next two matches 2-1, but pulled back a further three wins to finish joint 4th overall.

The team played brilliantly and thoroughly enjoyed the afternoon.

Well done to all three of you!

We entered three teams over the two days which amounted to over 50 children taking part. Sportshall is made up of six field and six track events, with every child taking part in at least two events each. This is a fantastic event with 14 schools taking part from across the district at each event on Tuesday and 10 schools on Wednesday. The children get to make as much noise as they can cheering on their team mates and boy, did they! We did amazingly well with one Year 3/4 team coming 4th, Year 5/6 in 5th place and Year 3/4 on day two in 6th place. There were plenty of top three finishes as well!

Congratulations and well done to everyone who took part. We are all very proud of you!

On Wednesday 17th October it was our Y5/6 teams turn to travel to DSTC for the School Games Quicksticks Hockey Tournament.

We played some great hockey with fantastic set pieces ending with a mix of results.

Well done to: Mason, Ben, Charlie, Odafe, Tyra, Kylie Mia and Pedetin and thank you to Miss Blackmore for coaching the team on the day.