About Us
How Temple Hill Primary Academy become caretakers of an Enchanted Woodland? 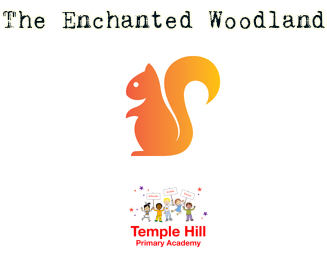 The Temple Hill Trust is a community group managed by a group of dedicated volunteers and trustees from Temple Hill Primary Academy and the local community. The Trust serves the 4,000 plus households of the Temple Hill Estate, which lies between the Dartford Marshes and Dartford Town Centre, Kent, England.

Debbie’s Vision - Beyond the Barricade
How was the Trust was formed?

In the Spring of 2006 a local resident asked Debbie Fryer to take a look over their back fence.  What she saw horrified her.  Fly tipping as far as the eye could see and which had obviously being going on for many years.  In some places it was 6ft high.  As nature would have it, a new woodland had grown up through the rubbish and was flourishing alongside the historic trees that had been planted around the perimeter.  The yews that had once lined the tidy Victorian footpaths were now straggly and struggling to thrive.

The resident asked her if she could look into who owned the land – and so began a long journey.  Debbie could see beyond the barricade of rubble, mattresses, smashed computers and burnt out cars.  What she could see was something of wonderful benefit to the community, a place where children could play safely inspired by nature, a place to walk dogs, eat picnics and climb trees.  A mammoth task lay ahead but one with the potential for a hugely positive gain.

It transpired that this plot of land was once the cemetery for the old Joyce Green Hospital – the hospital was closed, the grounds had been fenced off and the cemetery had not been used for many years.  Debbie tracked down the owner, The Department of Health, who fortunately suggested that they would ‘sell’ the land for £1 – stage two of the journey was complete.

At the time Debbie was working as a Community Development Officer for three housing associations (Hyde, Moat and AmicusHorizon) who had properties on the surrounding Temple Hill Estate.  Stage three - did they want the land; might the Council be interested or even the Woodland Trust?  For many different reasons the answer was “no”.  Not so for the Temple Hill Forum who wonderfully took up the challenge and became legal owners of the Cemetery in 2009, led by Debbie Fryer as their Project Manager – later to become Chief Exec. That Forum is now the Temple Hill Trust, a company and a charity since 2008.

Over the years, many organisations gave assistance, both with financial support and their staff, for the clean-up of the land.  Thousands of hours of volunteers’ time went into the clearance resulting in a beautiful, peaceful green space which is now available to the public as a community woodland.

With Debbie’s ambition and determination to fulfil her vision, what was once a forgotten stretch of abandoned land, now teems with wildlife and people enjoying a pocket of nature on their doorstep.

To view the Trust's Vision, Mission and Value statement click below

How to find the Enchanted Woodland 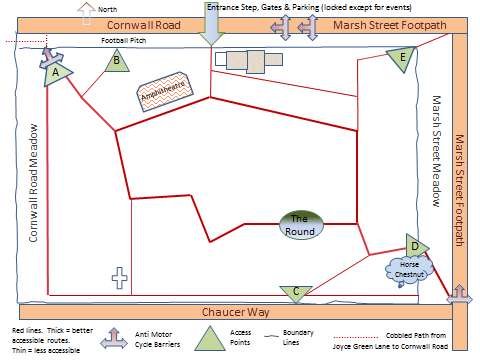 The Temple Hill Trust has never, and will never reveal any personal information about you to anyone, at anytime.*

* Unless obliged to do so by law.

If you would like to volunteer or wish to find out more information, please use the form below.

Unfortunately not the ones with chocolate chips.

Some cookies are necessary in order to make this website function correctly. These are set by default and whilst you can block or delete them by changing your browser settings, some functionality such as being able to log in to the website will not work if you do this. The necessary cookies set on this website are as follows:

Cookies that are not necessary to make the website work, but which enable additional functionality, can also be set. By default these cookies are disabled, but you can choose to enable them below: